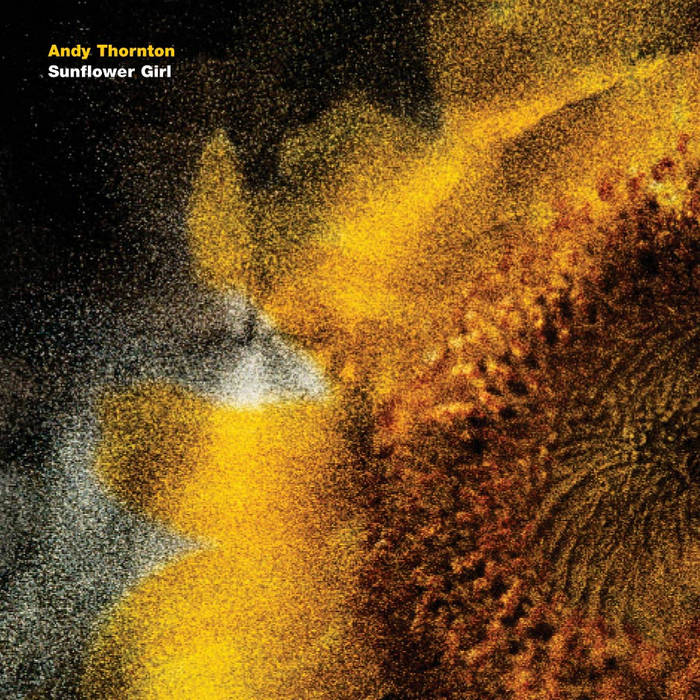 Initially the best way to fully appreciate just how good a musician Yorkshireman Andy Thornton is, is to listen to SUNFLOWER GIRL without knowing anything about it or indeed him. If you approach this album without any preconceptions you'll find an exquisite mosaic of the songwriters' art. Thornton writes wonderfully mature intelligent songs that require the listener to be equally mature and intelligent. SUNFLOWER GIRL is an album of wonderfully crafted songs that could only come from a man for whom writing is an extension of himself. But as thoughtful and well written as the likes of Shake The Moon Down, Under My Skin and Shores of Forever are (and you could select any of the songs as perfect examples), the real substance comes from the fact that Thornton is unable to separate himself from the music. SUNFLOWER GIRL will gently break your heart and then immediately restore your faith and for that alone, it deserves its place among the singer-songwriter classics.

However, when you learn that it was written in the year following the death of Thornton's wife, it becomes something different altogether. Only Andy Thornton will know the effect that writing and recording SUNFLOWER GIRL had on him but he lays himself so open on songs like Crashing and Burning and Rosey (One More Time) that it becomes almost too intrusive. As a writer Andy Thornton freeze-frames his experiences into 3 and 4 minute tapestries and they have no need of ornate settings, the poetry of Love's Promised Land requires nothing more than the simplest of arrangements and Thornton's soaring, aching voice, anything more would simply be a distraction, in this case simplicity adds lustre.

There is a gentle integrity about SUNFLOWER GIRL that originates from one source, the creator's care, paradoxically it also lifts the spirits. Andy Thornton is surely one of those musicians who measures success and failure in the quality of the music, not in the units 'moved'. It certainly meets the most stringent quality test on the first, let's hope for the sake of real music it also succeeds in the second. Listening to SUNFLOWER GIRL is an experience you'll never forget.

Written in the year following the death from cancer of his twenty-nine-year-old wife, Andy Thornton’s third solo album was never going to be easy listening. How could it be? A writer with his heart in clear view, Thornton’s deeply personal lyrics cut to the bone and could, in the hands of a lesser performer, have made for a maudlin and introspective affair, but such is his lyrical strength and musical prowess that Sunflower Girl makes an instant connection with the listener. Taken out of context, these songs, with their broad emotional range, deliver a powerful punch, but when the circumstances behind them are known that power is greatly increased.

Songs such as ‘Crashing And Burning’, ‘Rosey (One More Time)’ and the bittersweet title track become almost too painful to listen to, but the absolute honesty that Thornton pours into their performance makes them compelling. Playing most of the instruments himself (with a little help from guitarist Iain Archer among others), Thornton’s strength as a writer of catchy melodies and his unerring knack with arrangements are much in evidence, as with the stripped down ‘That Girl’ and ‘Under My Skin’, or the gently driving ‘Love’s Promised Land.’

There’s an aching vulnerability to Thornton’s vocal delivery that suggests that the writing and recording of this album must have been a truly cathartic experience; something that is reinforced on the beautifully uplifting closing track ‘Safely Home’, which hints at a brighter future ahead.

Andy Thornton has been writing songs since the day he first picked up a guitar at age 14. His instinct for telling a story is only equalled by his passion to get beneath the surface of everyday life and unveil the secrets of the human heart; whether it be anger, frustration, tenderness, wild love or hope of justice. ... more

Bandcamp Daily  your guide to the world of Bandcamp